I LOVE planning complex itineraries for long vacations, but sometimes life gets in the way, making vacation planning difficult or altogether impossible.  Yet, a weekend road trip escape a couple of hours away from home is easier to accomplish than a longer trip requiring an air travel.  And don’t underestimate what a WEEKEND can do to restore a family’s sense of well-being!

So here is our WEEKEND TRAVEL recap for 2017 (click on the links below for the stories about each trip).  I hope it will inspire you to have your own weekend getaways more often.

In March, I went on a weekend yoga retreat to Kripalu center of Yoga and Health in the Massachusetts Berkshires.  I went with a friend to engage in a series of well-being seminars and –some- movement.  This is something every busy mom should try to do once in a while –  get away by yourself, leaving the daily worries behind and re-assessing some personal goals.   Just look for a retreat center near you within 1-2 hour drive.

Another one of the yearly weekends I propagate is a couple’s weekend away.  We try to go every year for our anniversary weekend in September, and for the last couple of years, Eastern Townships region of Quebec, Canada (roughly, a 4.5-hour drive from Boston) has been our couple’s weekend destination.  Our agenda this year included a visit to our favorite North American day Spa Balnea in Bromont and food and wine tasting at the annual September Harvest Festival in Magog.

I think every family with a high school student should put college touring on their weekend agenda.  Not only it is a useful tool in helping your high-schooler assess or re-assess their ideas about the type of campus they want to be a part of, planned right, it becomes a great way to experience some interesting cities and towns (and historical campuses) within a driving distance of home- as a family.  On our weekend college trip to Pennsylvania last April (we have grouped together several weekend college touring trips and I will do a separate post about it), we have stopped in a charming town of State College (Pennsylvania State University) and in a re-emerging city of Pittsburg (University of Pittsburg, Carnegie Mellon University).  (Disclaimer: this particular weekend involved a lot of driving but was still worth it!)

We actually enjoyed not one but two family ski weekends in calendar year 2017, both in Canadian Quebec: to a town of Sutton in Eastern Townships of Quebec in February (about a 4.5 hour drive from Boston) and to a ski resort of Mont-Tremblant (7+hours away) in December.  Our college freshman son joined us for the Tremblant trip; ski weekends work well for a multi-age family weekend escape.   Every family member can choose the slopes for their level and non-skiers can enjoy a wintery walk or snow-shoeing.

SUMMER CULTURE WEEKEND IN THE BERKSHIRES

Culture weekends in the Berkshires (about 2 hours away from Boston) is now our annual family tradition – we even have several friends’ families join us.  On our agenda last July: a visit to Tanglewood Music Center for a lawn concert and children’s pre-concert, Jacob Pillow Dance Center for a Family Concert, and a backstage tour of the Shakespeare and Co theater in Lennox.

Being an 1.5-hour drive away, we spend several weekends on the Cape every summer.  We were lucky to spend Labor Day weekend with extended family on the Cape last September, celebrating my birthday with my parents, friends and my brother’s family.

When your family visit from Australia, you take them on a tour of Boston, land, sea et all! (thanks to my brother for organizing).

In October, I was accredited to cover world’s gymnastic championships in Montreal’s Olympic Arena and my family joined me for a weekend of Montreal city fun.  We visited the Old Town on a walking tour, cruised the St. Lawrence river, strolled in the Port area and visited an amazing archaeological museum (not to mention attending several gymnastics competetion sessions!).

In November, our touring of Olympic towns continued in Adirondak mountains with a weekend at Skate America competition in Lake Placid, New York.  We enjoyed the three days of figure skating competition at the famous Herb Brooks Ice Arena and touring of 1980 Lake Placid Olympics sites.

HAVE YOU TAKEN AN INTERESTING WEEKEND TRIP RECENTLY? TELL US ABOUT IT IN THE COMMENTS! 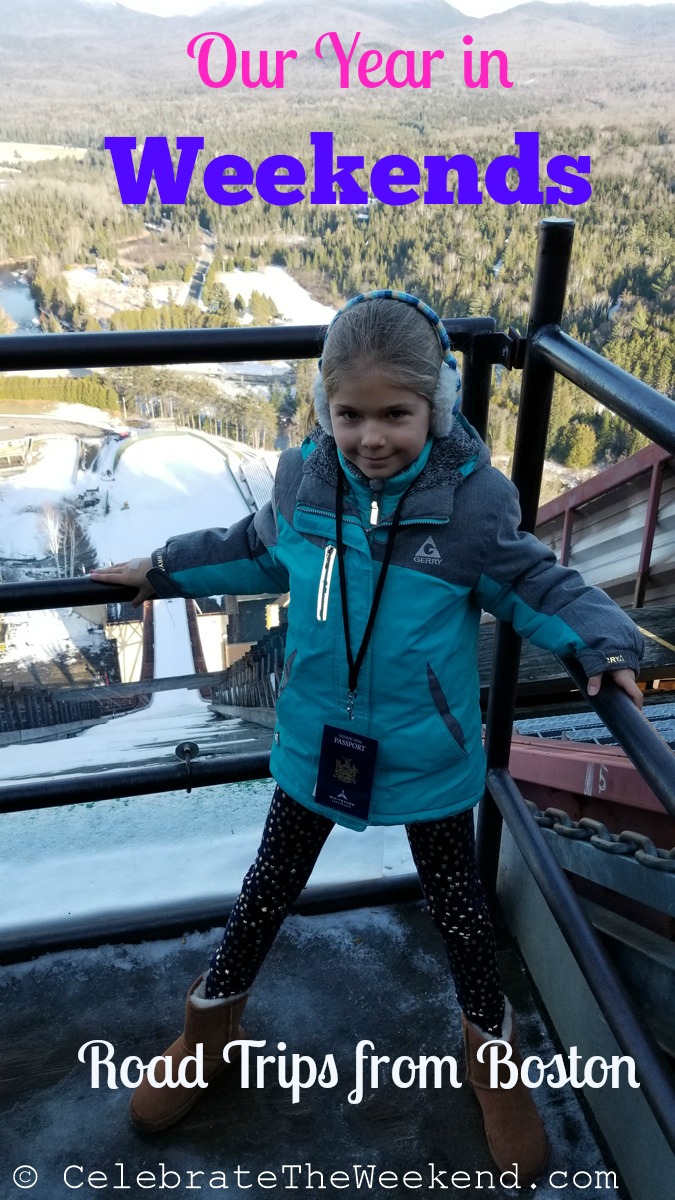